When discussing the role of a moving light programmer, (sometimes called a moving light operator), I tend to think first about the various sections of the lighting industry where moving lights are used, as the job description can be somewhat varied within each discipline. It should be acknowledged that there are many corners of the industry utilising moving light technology. Those I have some experience of personally, and therefore consider worthy of mentioning here are: Theatre, Concert Touring, Television and Film.

Essentially the duty of a moving light programmer is to record the required data into the memory lighting console. The Lighting designer and or assistant designer will specify which lights they wish to perform which tasks, and the relevant cue information such as fade times and paths to be used. In some circumstances, the lighting designer will dictate the precise button pushes to be performed word by word. In others, more general descriptive instructions will be made with the programmer determining the methods of data entry to be used. Additionally, the moving light programmer will typically be responsible for setting up and maintaining the console layout and console soft patch, along with any programming aids, with the view of speeding up the workflow for the lighting designer. They will be responsible for performing any technical programming of elements such as macros, chases, effects and mark cues the designer may require to achieve their desired looks onstage, but don’t necessarily understand the process for creating, or have time to worry about.

What is led space lights? LED space lights refer to a type of LED lighting that is designed to be mounted... read more

What is a media server? I was first introduced to the media server back in 2002 following a chance demonstration. I... read more 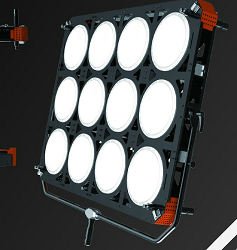 What is film lighting?